[Fabric]sustainability. ECONYL® REGENERATED NYLOn - REDISCOVERY OF "it was trash"

The newly released A/W 19/20 collection from adidas by Stella McCartney focuses on sustainable material innovation. Econyl and recycled polyester, made in collaboration with Parley for the Oceans, feature heavily alongside Boost, Climachill and Climalite performance technologies.

Finnish footwear brand Rens has launched a Kickstarter campaign, and subsequently surpassed its target to fund the production of sustainable, waterproof footwear. With each pair of sneakers being made from 300g of coffee waste and six plastic bottles, material innovation is at the heart of the design process. Although sustainable production is paramount, Rens delivers on technical features in equal measure. The sneakers are 100% waterproof, thanks to an AquaScreen membrane, and also have in-built odour-proof, moisture-wicking and UV-resistant properties.

Adidas has released the Futurecraft.Loop trainer, made from a single material that enables future recycling and remaking. Material engineer, Tanya Sahanga explains: "The concept is that this shoe is 100% recyclable and also zero waste". While adidas has experimented with ocean plastic and waste-reducing 3D printing before, the beauty of the Futurecraft.Loop trainer is in its end-of-life phase. Made solely from thermoplastic polyurethane (TPU), the first generation shoe is ground into pellets, melted down and remade into a new trainer. What sets this development aside from other shoe recycling schemes is the ability to regenerate TPU without degradation. The next challenge? To make the Futurecraft.Loop system scalable.

Circular design gets a boost, as Napapijri announces the release of the newly developed fully recyclable Skidoo Infinity jacket. Set to launch in October this year, the jacket uses a single-fibre composition to ensure recyclability at end-of-life. Constructed solely from nylon, the jacket utilises Econyl yarn by Aquafil, which is made from discarded fishing nets and other recycled nylon products. To successfully achieve circularity, products need to be brought back into the supply chain at their end-of-life phase. In answer to this, Napapijri has developed a return system where consumers can opt to return the jacket for recycling after two years.

Prada Re-Nylon unveils the second Episode of “What We Carry”.

Goddess of the Water

CLEONIE SWIM means ‘Goddess of the Water’. They are an all Australian made label with a focus on slow fashion, conscious production and celebrating the feminine. Their pieces are crafted to withstand seasons with timeless shapes and always using the highest quality materials, like ECONYL® Regenerated Nylon. One of the core values inherent to Cleonie’s […]read more 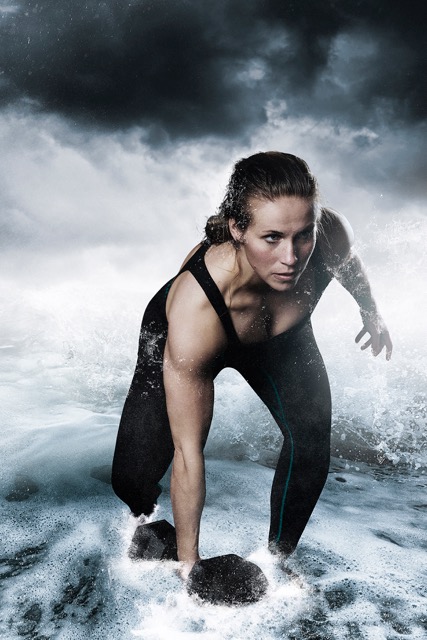 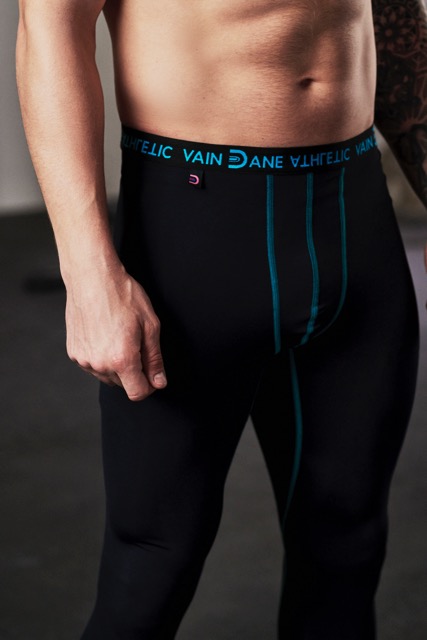 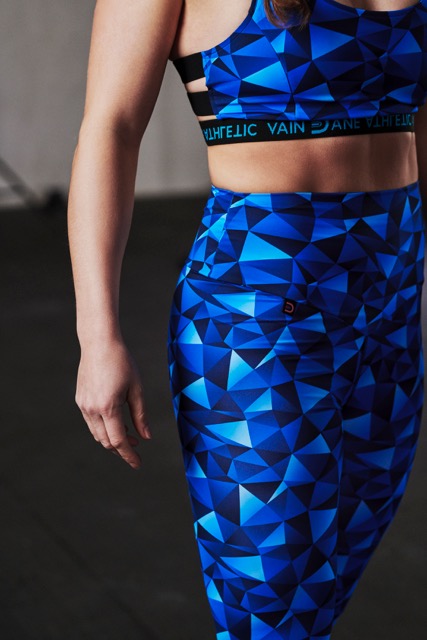 VAIN DANE ATHLETIC is a Danish owned sportswear brand for Crossfit, functional training, and running. The clothes are made with ECONYL® regenerated yarn and they are especially designed for a perfect fit, high waist, and limited seams. Vain Dane Athletic believes that it is the effort of the athlete that gives results and not all […]read more

From the love for the Earth

OLIVIA + PRESCOTT (O+P) is a sustainable swimwear brand born in the coastline of Barcelona in 2019. Their first collection is called Awareness. Every model of the collection is dedicated to a marine endangered species (The Maui Dolphin, The Posidonia oceanica and the marine Turtle Leatherback). Their creations are made with ECONYL® regenerated nylon and […]read more

Coffee giant Nespresso has joined forces with bike brand Vélosophy to create a bike made entirely from recycled aluminium coffee capsules. Called Re:Cycle, the bike is designed to show recycling can be premium, sustainability can be stylish and that luxury today includes doing things that have a positive impact on the world. The bicycle's frame is made from the coffee brand's top-selling brew, arpeggio. The oak carrier basket includes two cup holders and the bell is shaped like the familiar coffee capsule. Recycling is at the top of Nespresso's agenda, with the brand working with local councils to create recycling schemes for its capsules when the city's regular recycling systems can't process them.

This month Google pledged to make all of its hardware products from recycled material by 2022. As part of a three-pronged sustainability approach that also looks at carbon-neutralised shipping and aiding those living with disabilities, the tech giant is trying to tackle its role in the growing global issue of e-waste. In 2017, the UN found that nearly 45 million tonnes of e-waste was thrown away the year before, with 14% of that coming from the US, Google's home.The company is yet to say exactly what materials it will be using, but it's already produced the Google Nest product portfolio from post-consumer recycled plastic, including smoke detectors, security systems and smart doorbells. Google may also create products from old electronic devices.Other responsible choices the brand has made in recent years include using 100% renewable energy across global operations, achieved in 2017, and using 'ugly fruit and veg' in its cafes.

North Face's newest collection is made entirely from plastic bottles found discarded in areas of natural beauty in the US, such as the Yosemite, Great Smoky Mountains and Grand Teton national parks. Created in collaboration with National Geographic, each item of clothing – including T-shirts, hoodies and long-sleeved tops – features the slogan 'Waste is Over'. Helping to give plastic a second life, the collection is part of North Face's Bottle Source programme, which donates $1 for each new item that is made to the National Park Foundation, supporting recycling initiatives. The brand has used 384,000 pounds of plastic bottles to create the limited-edition collection.

Kellogg's is joining the food waste revolution with its new line of beers created in partnership with Seven Bro7hers Brewery. Using rejected Rice Krispies and Coco Pops from the Manchester factory that have been overcooked, uncoated or discoloured, the two new beers include the Coco Pops-based Sling It Out Stout and Krispies Cast Off Pale Ale. These add to the brand's existing Throw Away IPA, made from discarded Corn Flakes. 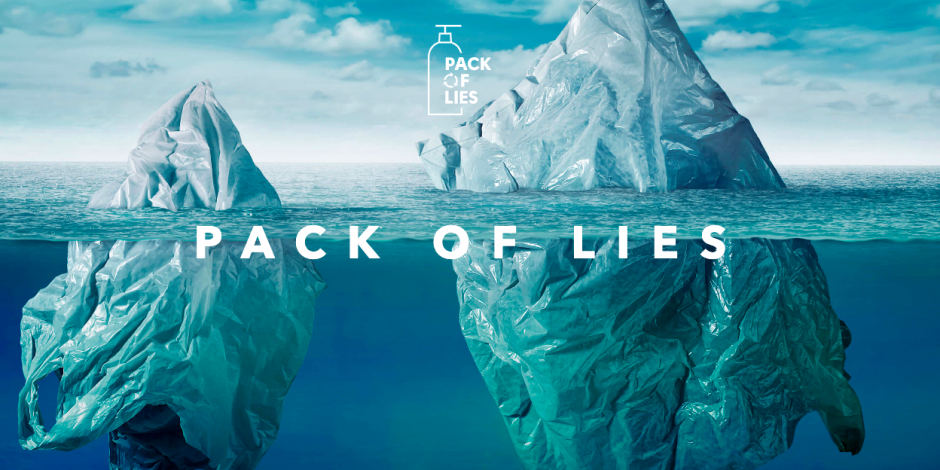 This month the UK government decided to reject a proposal from the Environmental Audit Committee (EAC) recommending a 1p tax on every fast-fashion garment created – a levy that could have raised £35m a year that would have been funnelled into improved clothing collection and sorting. In addition, the vetoed proposal included a ban on the incineration or landfill of any unsold stock that could otherwise be reused or recycled. It's estimated that around 300,000 tonnes of clothing are buried or burnt in the UK each year, releasing carbon dioxide and plastic microfibres into the atmosphere, as well as being a colossal waste of resources. With the government stating that it will not consider the proposal until at least 2025 – instead encouraging brands to voluntarily take part in the Sustainable Clothing Action Plan – the move seems at odds with public opinion, which has seen many consumers reject fast-fashion brands that appear not to care about the climate emergency. Missguided witnessed this firsthand after widespread criticism of its £1 bikini hit headlines. Raising awareness of greenwashing in the beauty industry, skincare brand Maiiro recently launched a new campaign, Pack of Lies. Campaigning to promote transparency in the industry and encourage consumers to be more conscious of their consumption, it also wants brands to reduce their plastic usage.

EU opens trade door to Vietnam, closes it to Cambodia

The History of Reflective Material